You are here: Home1 / Newmarket News2 / Duchess of Cornwall to visit Newmarket 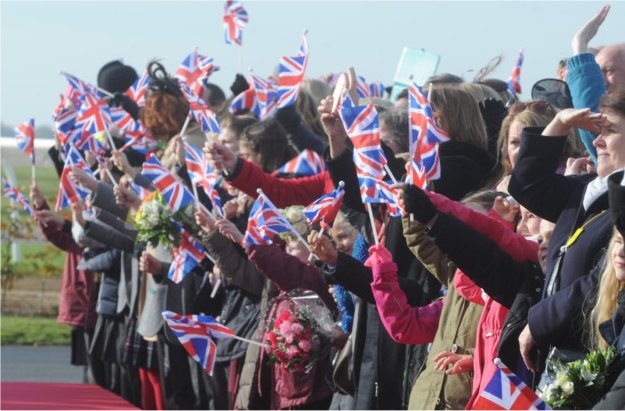 Her Royal Highness the Duchess of Cornwall is set to visit Suffolk next week.

The Duchess will be visiting Newmarket on Wednesday, March 22nd, to unveil a statue of King Charles II at the Rowley Mile Racecourse, as well as paying a visit to pupils at Newmarket Academy which has long-held ties to the Royal Family, celebrated 350 years as the “Home of Horseracing” throughout 2016.

King Charles II was pivotal to the establishment and evolution of horseracing in Newmarket, with the statue commissioned in his honour.

Amy Starkey, regional director of Jockey Club Racecourses in Newmarket, said: “We are very honoured to welcome Her Royal Highness The Duchess of Cornwall to Newmarket Racecourses for the unveiling of the King Charles II statue in his new, and rather apt, permanent home.

” It is fantastic that we are able to create a legacy and honour the contribution King Charles II has made to Newmarket as a town and also the sport of horseracing.

” We are extremely grateful to Her Royal Highness for being part of this special ceremony which launches another season at the international Home of Horseracing.”

The statue, created by Victorian sculptor Henry Weekes, is an over life size replica of the original marble statue of King Charles II which is part of the Parliamentary Art Collection at the House of Lords and is displayed at the Old Bailey in London.

Camilla, Duchess of Cornwall, will visit Newmarket Academy to see the results of their groundbreaking partnership with Godolphin stables, called the Beacon Project, which is being delivered by the education charity Racing to School.

Launched in September 2016, the five-year partnership aims to boost education and employment opportunities among young people in Newmarket by aligning teaching in the classroom with the local horseracing and breeding industries.

Nick Froy, principal at Newmarket Academy, said he was delighted the partnership– and the school’s achievements– had been recognised in this way.
Mr Froy said: “We are delighted to be hosting HRH The Duchess of Cornwall and to be given the chance to show her around the school and talk about this important work.

” It is a great honour and very clear evidence of the awareness of the amazing work we are doing in the school. It is testimony to the hard work of staff, students, parents and our hugely supportive community.”

The Newmarket Academy Godolphin Beacon Project involves a range of activities devised between school staff and the team at Racing to School.

The programme aims to bring students closer to their local community to improve their employability skills and educational achievement in a fun and engaging way.

Plans for a new all-weather racecourse in Newmarket

Who are the top five horses to back in 2017?
Scroll to top