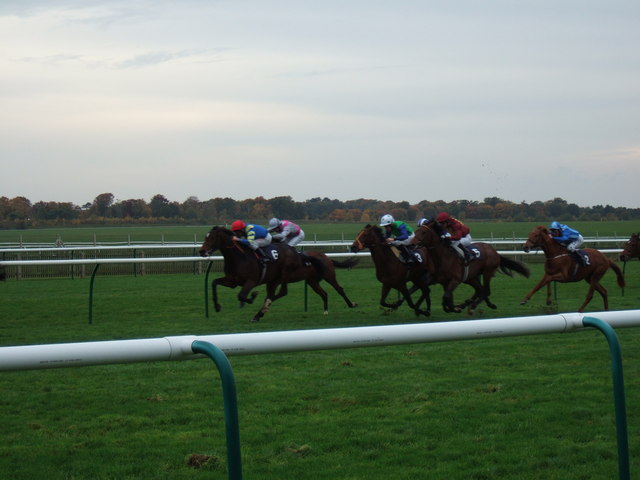 The Cheltenham Festival may have come and gone but there is still plenty of top-class racing on the horizon.

The world’s eyes will turn to Merseyside on April 8 when Aintree hosts the Grand National and Vieux Lion Rouge is one horse to keep an eye on.

The eight-year-old claimed the Becher Handicap Chase in December and repeated the dose on February 18 in Haydock’s Grand National Trial Handicap Chase, and is priced as the 10/1 favourite to take the world’s greatest steeplechase.

Trained by David Pipe, the gelding has 11 wins from 22 starts and looks tailor-made for the National.

Minella Rocco appears to be a big threat if the racing tips at sbat.com are anything to go by and has quickly established itself as the new Grand National favourite in places.

Khairaat is a three-year-old colt who was second on his debut at Salisbury last July and has been tipped for great things.

He broke his duck at odds of 8/13 in a maiden stakes in his next race at Pontefract, beating Confident Kid by three-and-half-lengths, while the son of Shamardal ended his season in September by taking care of Luca Cumani’s Laurence by a length.

Sir Michael Stoute’s charge seemed to have more in the tank on that day and there is every reason to suggest he will be seen in some top-class races during the summer.

Churchill was one of the stars on the Flat last year and the three-year-old could be just as good in 2017.

After winning the Listed Chesham Stakes at Ascot, the Galileo colt won a Grade Three at Leopardstown before a couple of successes at the Curragh, with victory in Newmarket’s Group One Dubai Dewhurst Stakes in July to end his campaign.

He is the current ante-post 6/4 favourite for the 2,000 Guineas and on offer at 7/1 for the Derby, and it remains to be seen where Aidan O’Brien’s charge next emerges.

American-bred Caravaggio is another who could turns heads when the summer’s showpiece events come around.

The Scat Daddy colt claimed a perfect four from four during his debut campaign and ended up taking the Group One Keeneland Phoenix Stakes at the Curragh in August.

Add to that the Group Two Coventry Stakes at Royal Ascot and it is obvious that the three-year-old will be prominent this year.

He should enjoy some head-to-heads with Churchill and has been priced at 8/1 in the ante-post market for the 2,000 Guineas on the Rowley Mile at Newmarket.

Again trained by O’Brien, Caravaggio has been installed as the 4/1 favourte for the Commonwealth Cup at Royal Ascot.

Finally, another three-year-old to watch out for is Tommy Stack’s Alexios Komnenos.

After opening up with victory at the Curragh in a Maiden on June 26, he was only a neck behind the impressive Churchill in the Japan Racing Association Tyros Stakes at Leopardstown the following month.

The Choisir colt may well be aimed at Royal Ascot’s St James’s Palace Stakes and is prominent in the ant-post market at 8/11.

There is still a long way to go and many more top-class animals will emerge from the pack this year but there does seem to be some great match-ups on the cards between talented horses.

Free Day at Newmarket Races on Offer
Scroll to top