Kieren Fallon riding out in Newmarket

You are here: Home1 / Newmarket Racing2 / Kieren Fallon riding out in Newmarket

Kieren Fallon riding out in Newmarket 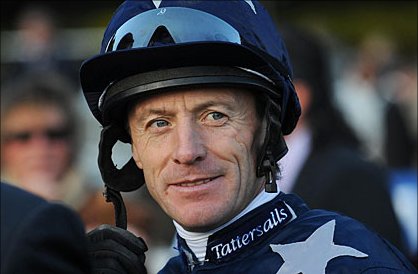 KIEREN FALLON is back riding out in Newmarket, as the former champion jockey continues his treatment for depression.

Fallon, 51, announced an end to his successful but turbulent and controversial career at the start of July, when it was revealed the six-time British champion was suffering from “severe depression”.

After stints in America, Fallon had returned to his native Ireland and was riding for Michael O’Callaghan when calling time on his career.

However he is back work riding in Newmarket for William Haggas while continuing treatment for his depression.

‘He’s heading in the right direction’

Turf Club chief medical officer Dr Adrian McGoldrick said: “Kieren is really enjoying riding out for William Haggas a couple of mornings a week. He’s close to his family over there and travels back to Dublin for his weekly rehab appointment every Tuesday.

“He’s doing great. I spoke to him last week and he’s heading in the right direction.

“We had a long chat and he was in very good form. He’s very positive and is certainly progressing. I’ll be seeing him again next week.”