You are here: Home1 / Informational2 / A Big Win at Cheltenham

The big horse racing events typically have an exciting story behind them following some lucky punters huge win, and it’s always uplifting for many to read, particularly after a difficult year – and that’s exactly what happened for one lucky winner at this years Cheltenham race. And the big win came after an unfortunate circumstance for the favourite, as the hot favourite of Envoi Allen took a fall bringing an end to the 11-race unbeaten streak. Despite the fall, the 40-year-old punter Paul Dean was still able to walk away with quite the purse.

Back in the summer, Dean placed a £5 accumulator on the hot favourite of Envoi Allen which would have had the opportunity to pay out more than £500,000 if he had won and going into the race as the 4-9 favourite it was certainly looking like that would be the case. Prior to the race, Dean was confronted with an offer from Betfair, the bookies chosen to lay the bet, to cash out for a prize of £275,000 instead – a life changing amount of money for many, but instead chose to make a partial cash-out that would see him receive £250,000 if Envoi Allen lost, or £322,000 if he had come in front. 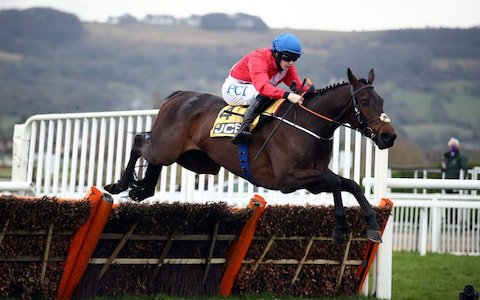 The cash-out promise meant that the punter could watch the rest of the race even after the fall knowing he was still in for a big win, and even if the tumble didn’t happen the loss of £72,000 for a guaranteed pay out of a huge sum doesn’t seem like such a bad deal after all – another exciting story for the history books of horse racing, and particularly uplifting given the hardships of the past year too – and now many a fan will be looking forward to other big races this year with the likes of the Ascot.

Many will be waiting on baited breaths if they had placed an accumulator themselves for the upcoming events if they had placed an accumulator themselves back in the summer too – many would have taken advantage of some of the bigger deals on offer through other services with the likes of Heart bingo offers for example, and many will certainly be looking to take advantage of future offers after seeing the news of this big victory.

Uplifting news like this is certainly great to hear, and although many will look at Dean and feel envy, there’s no doubt there will also be plenty of excitement for him – £250k is a huge win, and horseracing once again delivers a life changing experience for a dedicated fan.

The Grand National 2021
Scroll to top