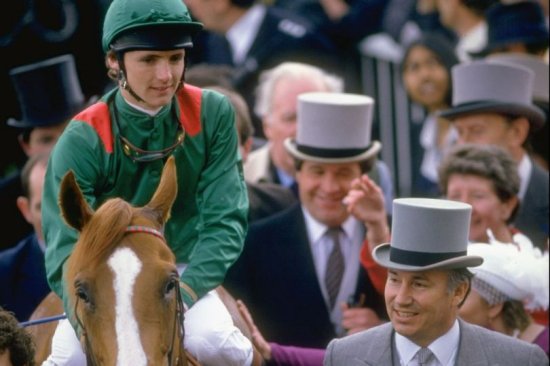 Former Newmarket-based jockey Water Swinburn has died at the age of 55.

Walter Swinburn won the Derby three times and was accepted as one of the most talented jockeys of his generation.

Swinburn, had also been suffering from epilepsy. He died peacefully at his London home.

The former jockey, who lived in Ousden near Newmarket during the 1990s will always be associated with Shergar, the 1981 Derby winner.

Shergar, trained by Sir Michael Stoute, won the race by 10 lengths and the victory made Swinburn, who was 19 years old at the time, a world-wide sporting hero.

In February 1996 he was badly injured after a terrible fall in a race in Hong Kong and had five months off from the sport.

Like many jockeys he was always battling with his weight but despite that became accepted as one of the most natural and talented jockeys in the world.