Racing Community Rallies Round in Support of Freddie Tylicki

You are here: Home1 / Newmarket Racing2 / Racing Community Rallies Round in Support of Freddie Tylicki

Racing Community Rallies Round in Support of Freddie Tylicki 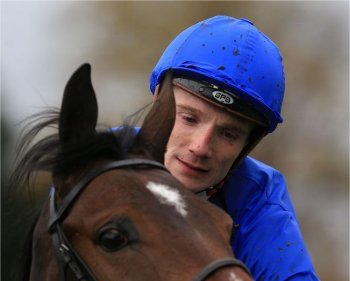 The racing community has supported a Newmarket jockey and raised an amazing ₤273,000 after a four-horse accident left him paralysed.

Freddy Tylicki, aged 30, was paralysed from the waist down after he was involved in a fall while riding Nellie Dean during a level race at Kempton on October 31.

A fund was established on the internet quickly after the accident with a preliminary goal of raising ₤20,000. Nonetheless, the online project was swamped with donations from across the horseracing community, with the target went beyond within hours.

Newmarket fitness instructor James Fanshawe, who has been working with Freddy for 3 years, claimed the cash raised showed the strength of the auto racing community.

“There are a lot of rivalries and everyone is very competitive, but when something bad happens, like Freddy’s injuries, everyone bands together and supports them,” Mr Fanshawe said.”

“Freddy has been working with me for 3 years as part of a team. He was having a great year, he won his very first Group One race in August and also once again in October. He was starting to establish himself as an extraordinary jockey.

“Exactly what we are doing now is getting behind Freddy and also doing every little thing we could to support him, but it is not just the racing neighborhood that are donating it is the entire broader neighborhood across the country who have been touched by Freddy’s mishap.”

Falls throughout level races are unusual but due to the speeds entailed are in some cases much more unsafe compared to National Search races involving jumps.

The racing neighborhood has long sustained the Injured Jockeys Fund charity, which actions in order to help care for the jockeys and their households and also will certainly be taking control of the appeal for Freddie.

Mr Fanshawe explained: “They are a fantastic charity. If you are injured they are there from the moment the doctors are, looking after you and your family. They do incredible work.”

The money raised up until now is set to go into a trust managed by Freddy’s family and will certainly sustain any kind of future care and needs he could have.

The online GoFundMe campaign was set up by At the Races reporter Matt Chapman, who wrote on the page: “I was at Chantilly when Freddy recently won his second Group One on [his horse] Speedy Boarding.

“The joy on his face that day was infectious. Freddy will get great assistance from the brilliant Injured Jockeys’ Fund. But just think what happiness we would all get by delivering a fat cheque to him. Let’s do what we can to help ease Freddy’s tough journey ahead.”

She stated: “It has been an amazing appeal, just absolutely incredible. Freddy and his family are first and foremost focussing on helping Freddy to recover and they are not thinking about financial issues, as you would expect.

“So we are helping out by taking care of the fund, which we will pass on in its entirety to the family when they are ready.”

The online campaign is set to be wound up, but anyone wishing to donate to help Freddy can give to the jockeys fund, leaving a note that it is in support of Freddy Tylicki.

For more information regarding the charity go to www.injuredjockeys.co.uk