You are here: Home1 / General News2 / Big Summer Ahead For Newmarket 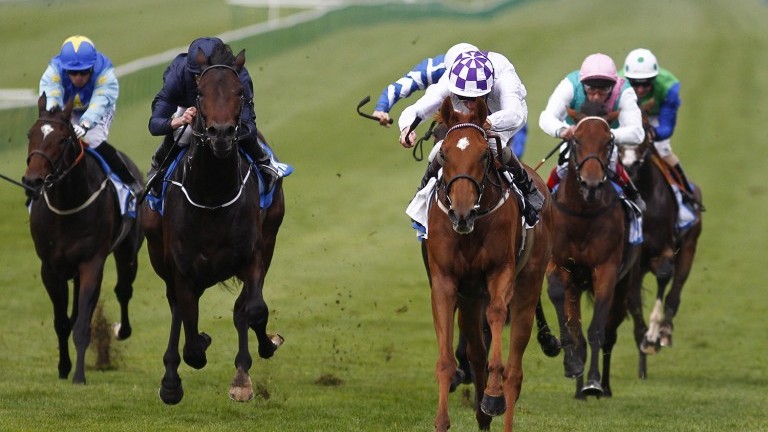 One of Britain’s most iconic racecourses – Newmarket – is often considered the birthplace of horseracing and the home of the sport both in the UK and across the globe. Last year was a special one for the course – it marked the 350-year anniversary since King Charles II commanded a course be created in the town for a race in his name. It was also the year that the National Heritage Centre for Horseracing and Sporting Acts was opened in the town.

As the racing switches from the Rowley Mile to the popular July Course during the summer months, it also means the arrival of some fantastic summer events. The highlight of the season is the Darley July Cup – Europe’s leading six furlongs sprint, which takes place on the final day of the three-day July meeting. The six evening meetings are amongst the most popular fixtures staged in the country.

One sprinter who will be back with a vengeance is Tropics. The nine-year-old chestnut gelding, who’s trained by Dean Ivory, will be attempting to make it third time lucky after finishing runner-up at the Group 1 contest in 2014 and 2015.

On top of the July Cup, Newmarket also celebrates the return of Newmarket Nights – a combination of evening races and a concert at an entirely unique setting. There’s a lot variety in the line-up this year, with Little Mix returning following their performance to a sell-out crowd in 2016; Motown legends The Jacksons will be performing as part of their 50th anniversary celebrations, whilst there’ll also be appearances from electro duo Chase & Status, British indie group James and pop-rock band Texas.

That’s not the only live music at Newmarket this summer though, with Jess Glynne returning to the event to perform an outdoor show in late August as part of the Saturday Summer Live. Tickets in the family enclosure can be found at £29, whilst a Grandstand and Paddock entrance will set you back an extra £10.

There are also plenty of family activities on offer, with the Family Fun Days and Summer Saturdays returning after their success in 2016. There’ll be themed weekends, including heroes, sports, picnics and horses, combining race days with a family day out. Tickets cost £11 per adult, whilst children under 18 can enter for free.